After touring The Elms, we took the Servant Life Tour that showcases the servants that worked behind the scenes to make The Elms a successfully ran summer cottage. 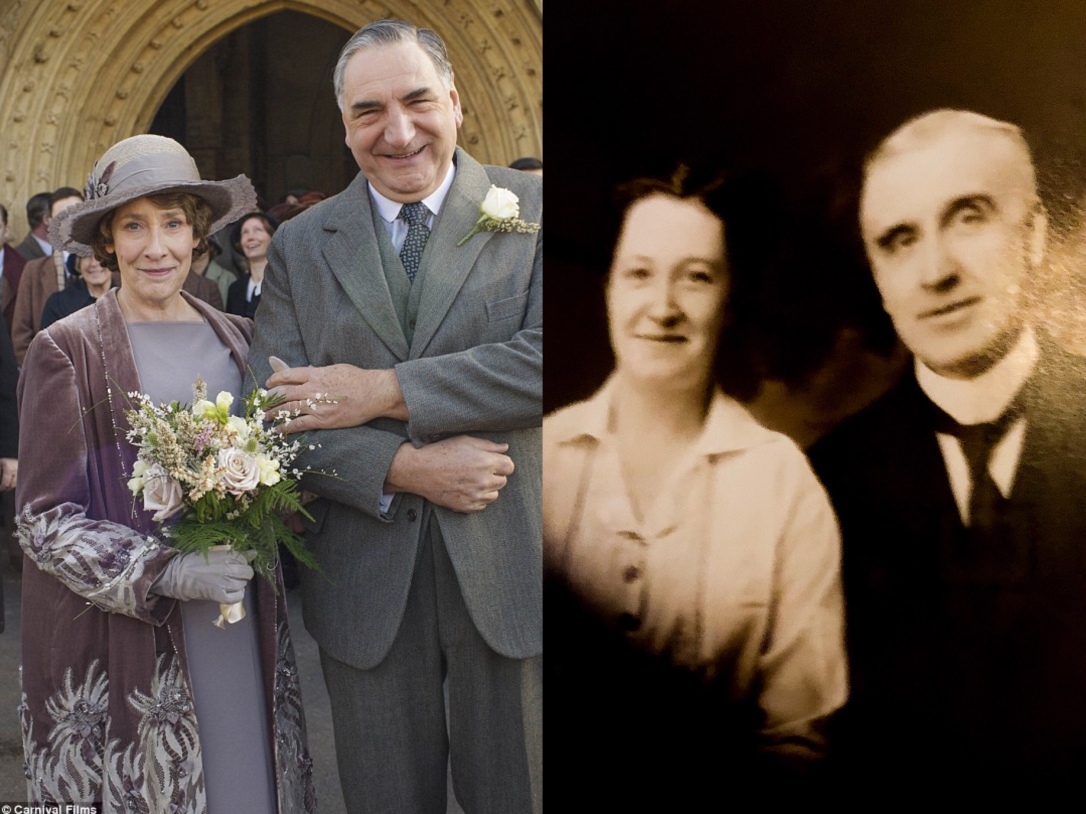 Pictured above right was Butler Ernest Birch and his wife, cook Grace Rhodes.

The Mr. Carson & Mrs. Hughes of The Elms. They were married and worked together as Butler and Cook.

“When it opened in 1901, The Elms, built for Mr. and Mrs. Edward J. Berwind, was the most fashionable house, on the most fashionable street, in the most fashionable resort in America. But behind-the-scenes, a small army of domestic staff lived and worked. The work took place out of sight, and the people who did the work were invisible. But crisp linens, gleaming floors and towering soufflés were not produced effortlessly. Maintaining the illusion took the hard work of a staff of more than 40 men and women.“-newportmansions.org 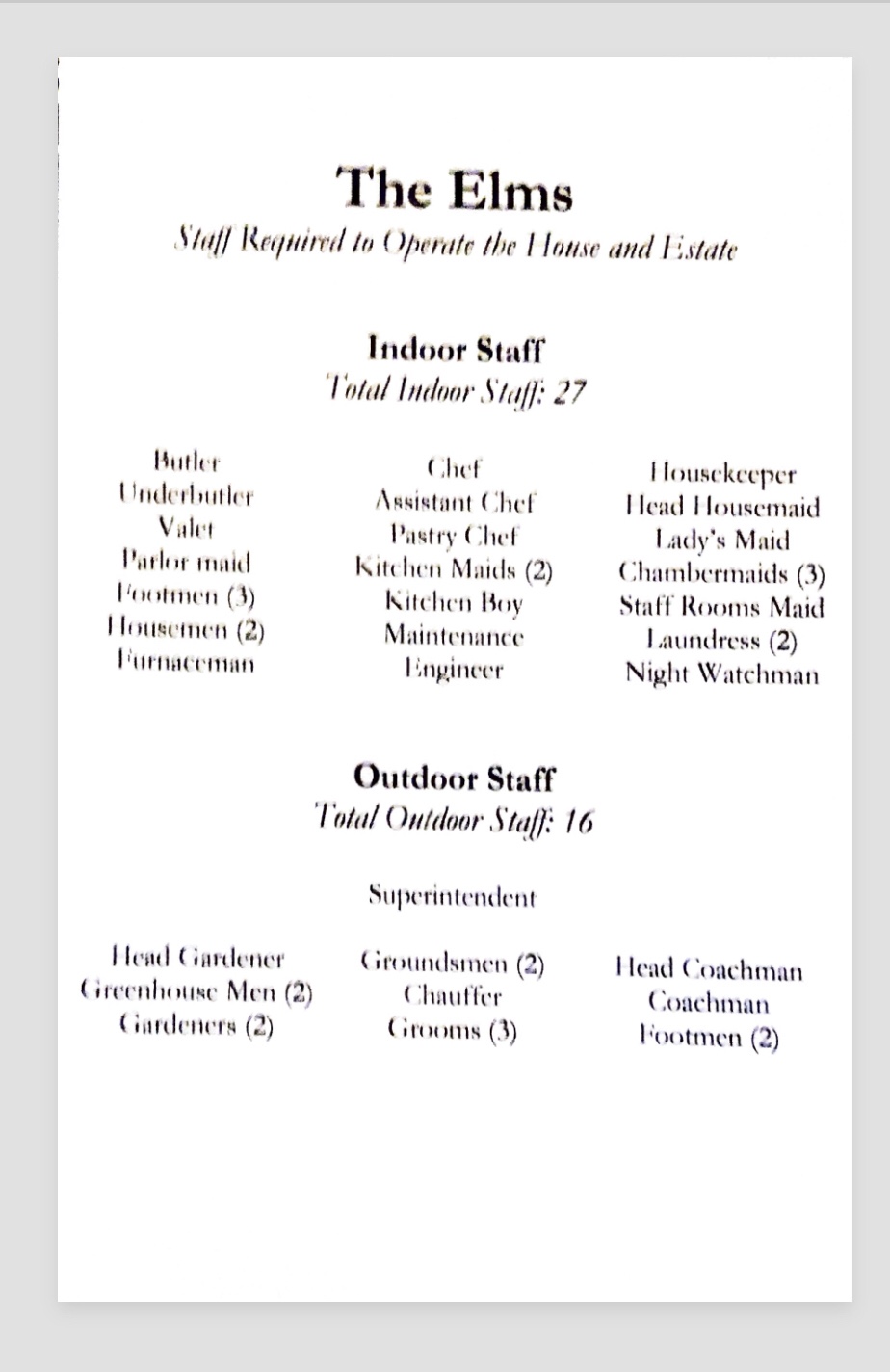 The tour included information about immigration, employment and labor disputes in the early 20th century.

Most of the staff were migrants from England and Ireland.

Below were the servants quarters. Each a room with a simple furniture just the necessities. 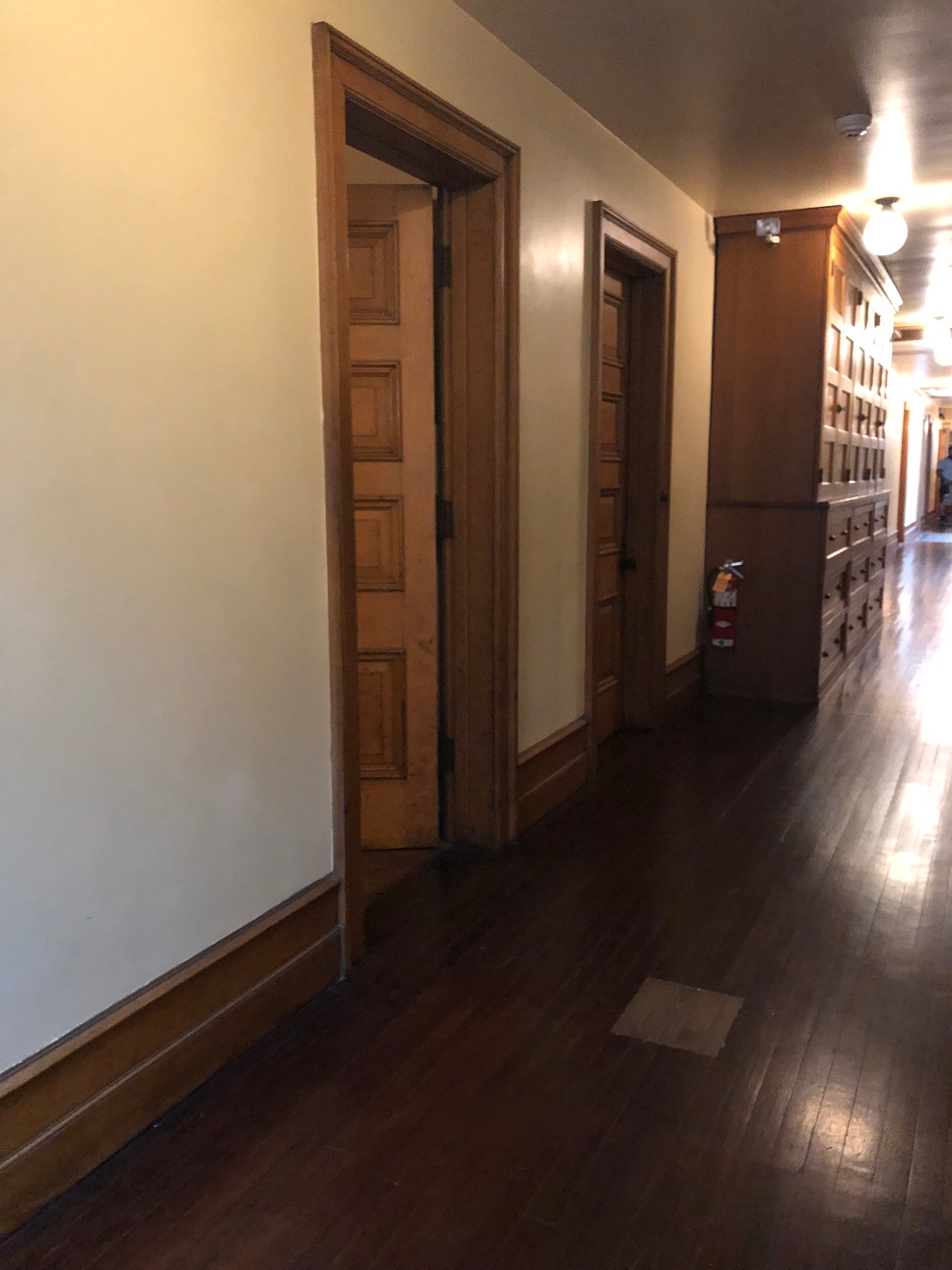 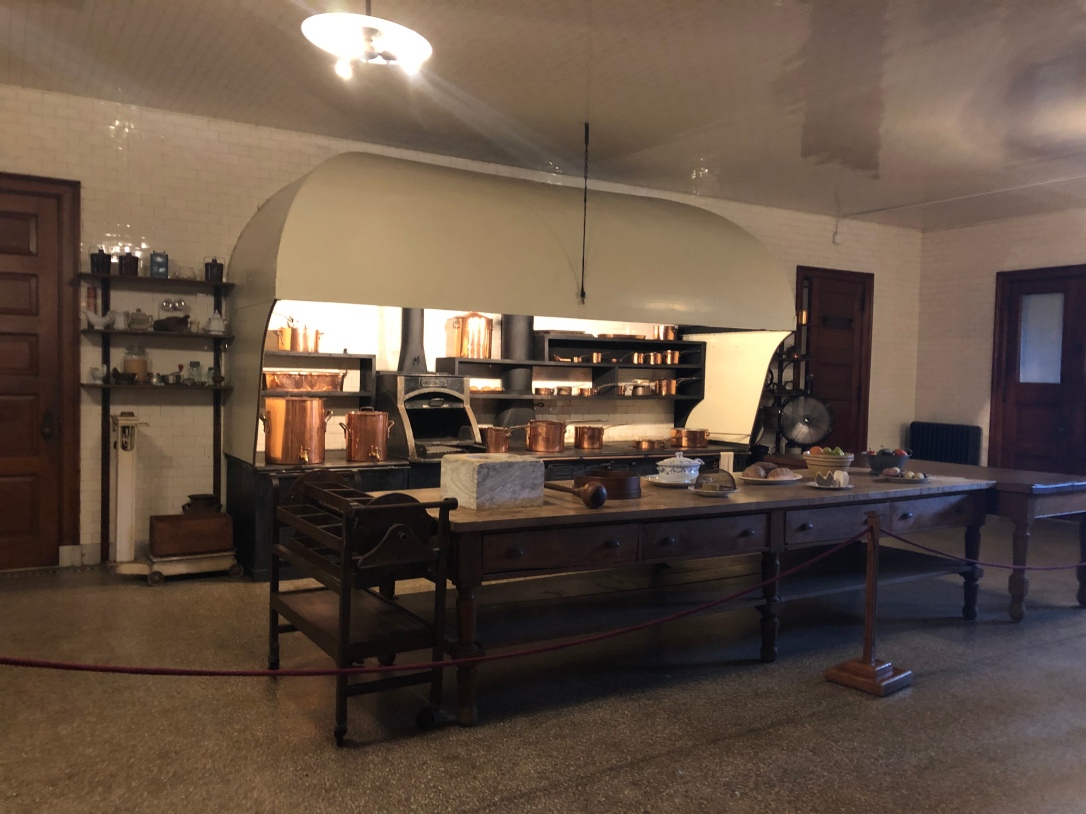 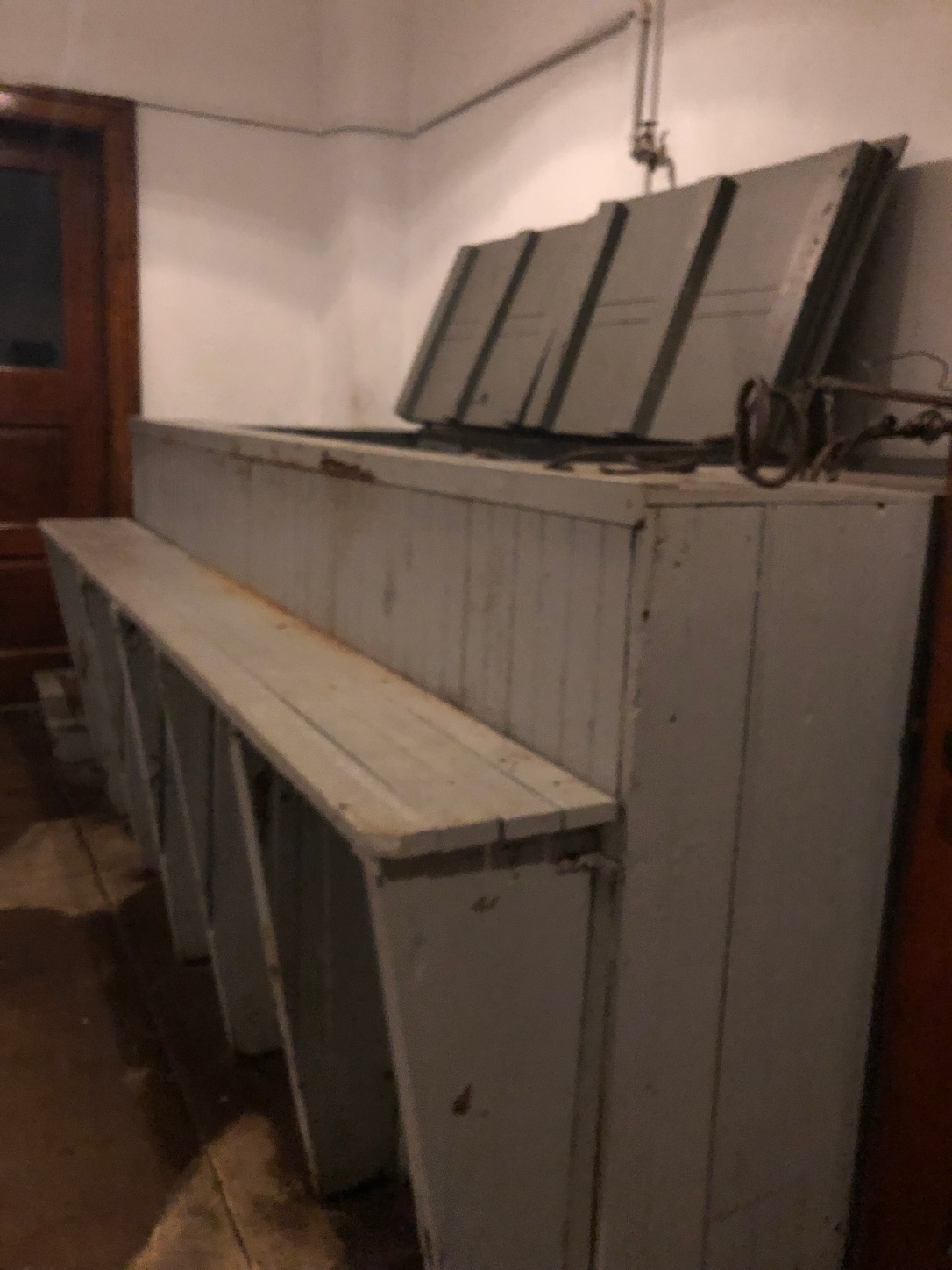 (Above picture is the modern electric ice box.)

(Above picture is an example of how dim the rooms were with modern lighting.) 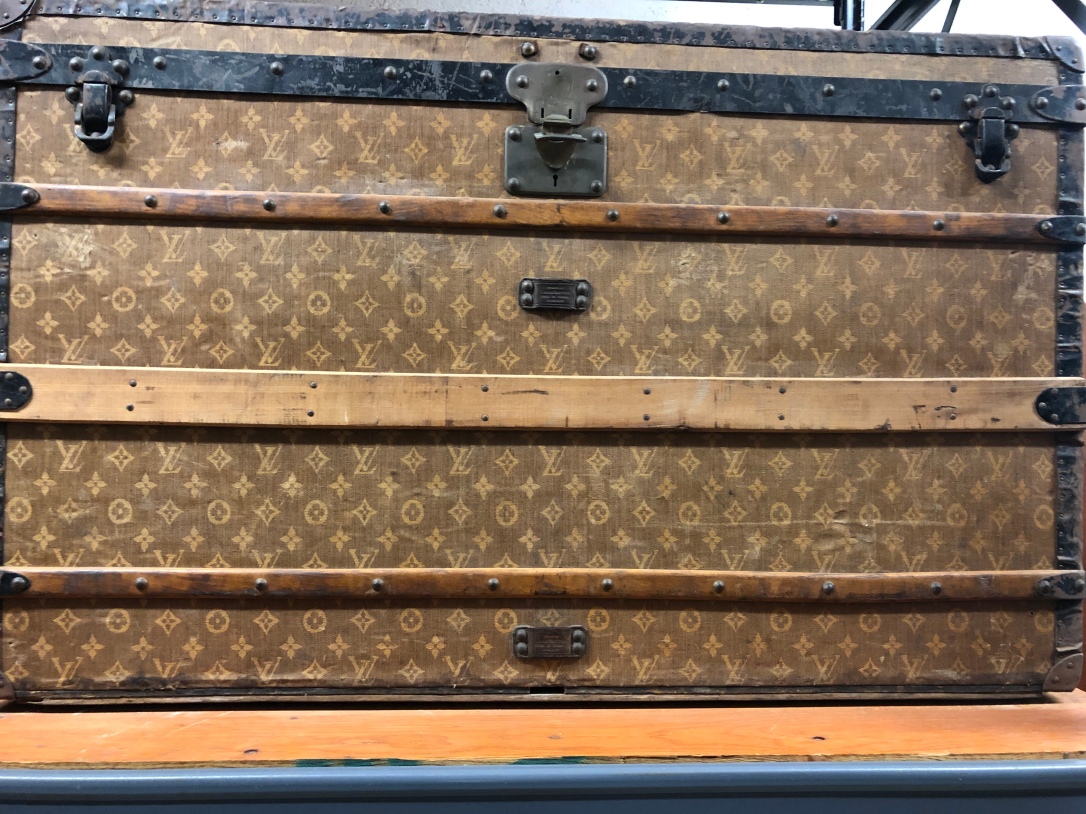 These are just snippets of our tour. It’s a great history lesson and really brought Downton Abbey to life for me and my kiddos! Next time your able to view a behind the scenes story of an old home, do it! It’s so fun to see how people lived!

I am the owner of Country Cottage Interiors Online. I love antiques and the history behind them. I restore, re-purpose, and paint furniture.. My obsession doesn't end with furniture. I love history and enjoy educating people of the value of the piece itself. I am a mom of three great kids and I am married to a wonderful man that is so sweet to help me use a saw so I don't cut my fingers off. I am an interior designer servicing the Lake Cumberland area in Kentucky. View all posts by countrycottageinteriorsonline